First Accordion in the world by Cyrill Demian and sons 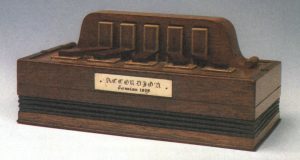 Cyrill Demian (1772–1849) of Armenian origin, made his living as an organ and piano maker, with his two sons Karl and Guido, in Mariahilfer Straße No. 43 in Vienna, Austria. On May 6, 1829, Cyrill and his two sons presented a new instrument to the authorities for patent – the accordion. The patent was officially granted on May 23, 1829.

On this date in 1829 Cyrill Demian (1772–1849) received an official patent from the Vienna patent office for a new instrument he called an accordion. Thus, he is generally credited with the invention. A few give credit to Christian Friedrich Ludwig Buschmann (who also claims to have invented the harmonica) but there is no evidence for either claim apart from a few jottings that Buschmann himself made. His claim to have invented the harmonica is clearly false because they were on sale in Austria 3 years before he says he invented the instrument. Demian is our man. 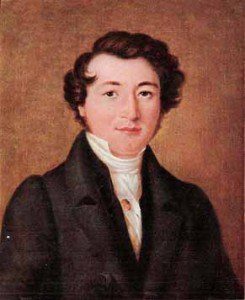 Cyrill Demian was an Armenian from the Romanian city of Gherla (ancient Armenopolis) who moved to Vienna and worked as an organ and piano maker, with his two sons Karl and Guido, in Mariahilfer Straße No. 43 in Vienna. His new instrument was a modification of the Handäoline, comprising a small manual bellows and five keys. As noted in his own description and patent application, the instrument was what we now call a push-pull accordion, that is it produced a different note on each key depending on whether the bellows were pushed or pulled. Five keys would give a few notes more than an octave in a diatonic scale and major chords would be easy to produce.